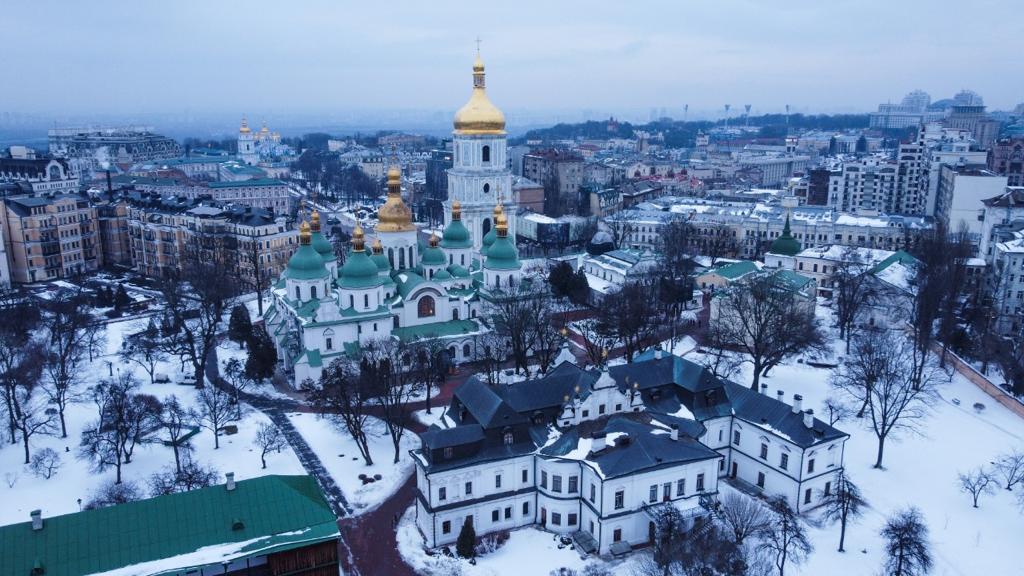 Yesterday, at the personal invitation of His Beatitude Epiphaniy, Metropolitan of Kyiv and All-Ukraine, His Grace Ilarion, Bishop of Edmonton and the Western Eparchy and Locum Tenens of the Metropolitan Cathedral of the UOCC, concelebrated Divine Liturgy and participated in events marking the 3rd Anniversary of Metropolitan Ephiphaniy’s ascension to the primatial throne of the Orthodox Church of Ukraine. Following the Divine Liturgy, His Grace participated in a celebratory reception honouring His Beatitude, including marking his birthday, also that day.

Divine Liturgy was celebrated in St. Sophia Cathedral in Kyiv, the ancient and historical cathedral of the Metropolitans of Kyiv, where Metropolitan Epiphaniy was enthroned three years ago, following his election at the Unifying Sobor, which led to the formation of the Orthodox Church of Ukraine, granted autocephaly soon after by the Ecumenical Patriarchate of Constantinople. Prior to the Divine Liturgy, the Act of Canonization of two new saintly intercessors took place – Metropolitan Joseph (Neliubovych-Tukalskiy) of Kyiv, Halych and All Rus’, and the Righteous Elizabeth Hulevych.

(Photos, courtesy the Orthodox Church of Ukraine, are attached to this press release)