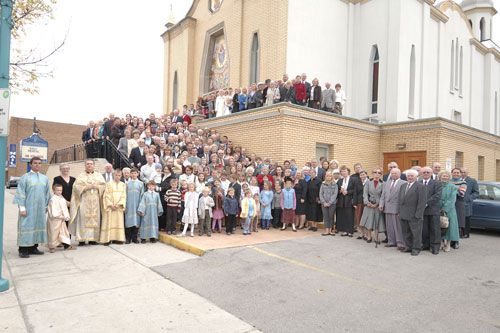 The long-awaited common celebration of Pascha on April 24, 2011 by all Christians has come and gone. It was in 2010 when this coincidence last occurred and will occur again in 2014 (then 2017, 2025, 2028, 2031, 2034). In anticipation of this common observance by all Christians, much was said and written. What was stressed was the need to keep alive the momentum of the occasion. Unless we all understand the significance of this event, it will remain nothing more than a peculiarity of the calculations related to the date of Pascha. In one sense, that is what it is. But in another sense, it is the convergence of all that we as Christians in the East and West profess regarding the centrality of the Resurrection of Jesus Christ as the cornerstone of our faith.

Nothing challenges the credibility of this fact to non-believers more than the scandal of our division on this point of celebration. In the ardent desire to address this problematic and troubling reality, the following contribution is offered…..

Almost from the very beginning of the existence of the Christian Church, the issue regarding the date of our Lord’s death and resurrection presented variations. Although the New Testament relates these events to the Jewish Passover, the details of this relationship are not clear. On the one hand, the tradition of the synoptic gospels identifies the Lord’s last supper with His disciples as a passover meal. This would place the death of our Lord on the day after Passover. On the other hand, the tradition of the gospel of St. John situates the death of our Lord at the very hour the paschal lambs were sacrificed on the day of Passover itself. This variation in the interpretation of the scriptures led to two different practices. The one observed Pascha on the day of Passover, regardless of the day of the week. The other observed it on the Sunday following Passover. By the 4th century, the latter practice prevailed throughout the Church universally; nevertheless, differences continued to exist.

In response to this ongoing problem, the First Ecumenical Council convened at Nicaea in 325 took up the issue. It determined that Pascha should be celebrated on the Sunday which follows the first full moon after the vernal equinox-the actual beginning of spring. If the full moon happens to fall on a Sunday, Pascha is observed the following Sunday. The day taken to be the invariable date of the vernal equinox is March 21. Hence, the determination of the date of Pascha is governed by a process dependent on the vernal equinox and the phase of the moon.

Events in Jewish history contributing to the dispersion of the Jews had as a consequence a departure from the way Passover was reckoned at the time of our Lord’s death and resurrection. This caused the Passover to precede the vernal equinox in some years. It was, in fact, this anomaly which led to the condemnation reflected in Canon 1 of Antioch (ca. 330) and Canon 7 of the Holy Apostles (late 4th century) of those who celebrate Pascha “with the Jews.” The purpose of this condemnation was to prevent Christians from taking into account the calculation of Passover in determining the date of Pascha.

Most Christians eventually ceased to regulate the observance of Pascha by the Jewish Passover. Their purpose, of course, was to preserve the original practice of celebrating Pascha following the vernal equinox. Thus, the Council of Nicaea sought to link the principles for determining the date of Pascha to the norms for calculating Passover during our Lord’s lifetime.

Despite the intervention of Nicaea, certain differences in the technicalities of regulating the date of Pascha remained even thereafter. This resulted occasionally in local variations until, by the 6th century, a more secure mode of calculation based on astronomical data was universally accepted. This was an alternative to calculating Pascha by the Passover and consisted in the creation of so-called “paschal cycles.” Each paschal cycle corresponded to a certain number of years. Depending upon the number of years in the cycle, the full moon occurred on the same day of the year as at the beginning of the cycle with some exceptions. The more accurate the cycle, the less frequent were the exceptions. In the East, a 19-year cycle was eventually adopted, whereas in the West an 84-year cycle. The use of two different paschal cycles inevitably gave way to differences between the Eastern and Western Churches regarding the observance of Pascha.

A further cause for these differences was the adoption by the Western Church of the Gregorian Calendar in the 16th century. This took place in order to adjust the discrepancy by then observed between the paschal cycle approach to calculating Pascha and the available astronomical data. The Orthodox Church continues to base its calculations for the date of Pascha on the Julian Calendar, which was in use at the time of the First Ecumenical Council. As such, it does not take into account the number of days, which have since then accrued due to the progressive loss of time in this calendar.

Practically speaking, this means that Pascha may not be celebrated before April 3, which was March 21, the date of the vernal equinox, at the time of the First Ecumenical Council. In other words, a difference of 13 days exists between the accepted date for the vernal equinox then and now. Consequently, it is the combination of these variables which accounts for the different dates of Pascha observed by the Orthodox Church and other Christian Churches.

If anything, this review of the complexities surrounding the issue of the date of Pascha underscores the compelling need to revisit it with patience and openness. This was the spirit which predominated at the most recent consultation on the matter held in Aleppo, Syria in 1997. One of its conclusions was that the present differences in the calendars and lunar tables (paschal cycles) employed rather than to differences in fundamental theological outlook. In view of the fact that both the Julian and Gregorian modes of calculation diverge from the astronomical data, it behooves us to return to the norms determined by the Council of Nicaea. Although the council did not itself undertake a detailed regulation of the paschal calculation, it did in fact respect available contemporary science regarding the vernal equinox and the phase of the moon. We can do no less today.