Home » Articles » Reflections » The stars of heaven will fall… 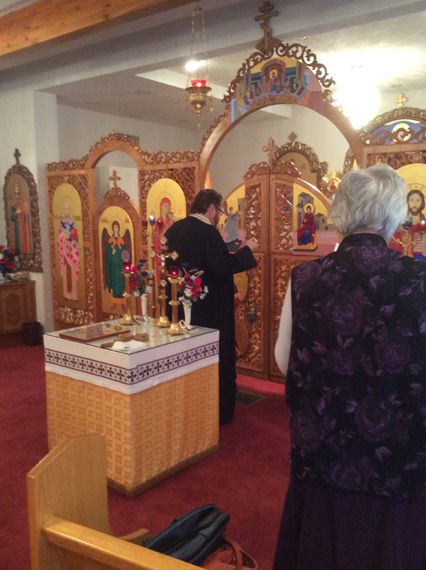 The stars of heaven will fall…

“The stars of heaven will fall, and the powers in the heavens will be shaken”(Mark 13:25) These are the first words that to my mind as I watched the footage of the Space Shuttle Columbia break apart high above the southern U.S.A. In the hours that followed, the television news channels were filled with commentary form experts and reports of recovery operations searching for the wreckage that had fallen through the states of Texas and Louisiana. A nation was again rocked.

I remember watching on television the launch of the Space Shuttle Challenger, January 28, 1986. In the 80’s shuttle launches were not regarded as “day-today” as they perhaps are now. Many wanted to be witnesses to this particular launch, as Challenger was to take history’s first civilian schoolteacher, Sharon Christa McAuliffe, into space. The eyes of millions witnessed with horror the destruction of this shuttle, the younger sister of the ill-fated Columbia. Memorials appeared everywhere, and the world offered its condolences to the grieving American nation.

There is something different, though, about the reaction to the Columbia’s destruction. To be sure, the loss of the Challenger and her crew is a tragedy. Reading about the lives of the seven astronauts who perished, about those whom they left behind, one could not but be filled with sadness. The difference now, though, is that it has happened once before. Back in the 1980’s Challenger’s destruction hit people with such power because it was a first. Reacting to Columbia’s destruction, many are saying that, while tragic indeed, it’s quite amazing that this is only the second time something like this has happened in the history of the shuttle program. A good friend of mine, in an email he sent me, put it this way: “It was a terrible waste of life in my opinion. These astronauts are flying in 1970s technology, putting their lives on the line. . . It’s probably a miracle that more accidents haven’t occurred. . .” What is different with this accident is that we witness it with an awareness of our frailty. We’ve already seen one shuttle come down in flames, so we know that it’s possible – dare we say even expected, eventually.

The Holy Fathers of our Faith teach us that, living in an imperfect, fallen world, there are no guarantees in life. Spiritually, one of the most dangerous attitudes to take is “It couldn’t happen to me. I’m too ________ (smart, fast, young, wise. . . fill in the blank however you wish).” As pride convinces us that we are immune to tragedy, we thus become most open to it. The spiritual danger is that, thinking we’re somehow shielded from pain and misfortune, we are not prepared when it hits. Then, when something bad does happen, we are filled with an even more profound shock, confusion, resentment and despair.

This lesson also relates to Jesus’ teachings about being ready for the final judgement. Those who think they have all the time in the world to make things right with God before the end need only consider Jesus’ parable about the landowner with a great harvest. This man thought that his life was set and that he could now sit back and relax. “But God said to him, ‘Fool! This night your soul will be required of you; then whose will those things be which you have provided?’”(Luke 12:20)

The saints teach that one of the great spiritual virtues is the “remembrance of death.”. This attitude should not be interpreted as something morose. We are not counseled to walk around in a cloud of gloom, like an Orthodox “Eeyore”. It is simply my awareness of my own mortality – yes, it could happen to me. This awareness alters the way we look at life. St. Simeon the New Theologian teaches, “When you pray, do so as if you knew that you were praying for the very last time.” This is a very good and fruitful exercise, and we can try it with many things: receiving Holy Communion; attending Liturgy; spending time with our children; telling our spouses we love them; talking with our parents… and the list goes on.

In the Canon of Repentance to Our Lord Jesus Christ, we hear this: “Do not trust, my soul, in your physical health, and in your quickly-passing beauty. For you see that the strong and the young die. But say: ‘O Christ our God, have mercy on me, who am unworthy.’” To come face-to-face with the real frailty of our race – even “the strong and the young” – can be a stark wake-up call. But it is one that helps us focus on that which is of ultimate importance.

While things of this earth are all susceptible to decay and destruction, the mercy of God endures, without corruption, forever. Let us put our faith always in this mercy – in God’s unconditional and limitless love for us. Carrying this in our hearts, we will always be close to a safe-haven of peace, regardless of what we face on (or above) the stormy waters of this fallen world.