Home » Articles » Faith and Spirituality » In Praise of the “New Eve” 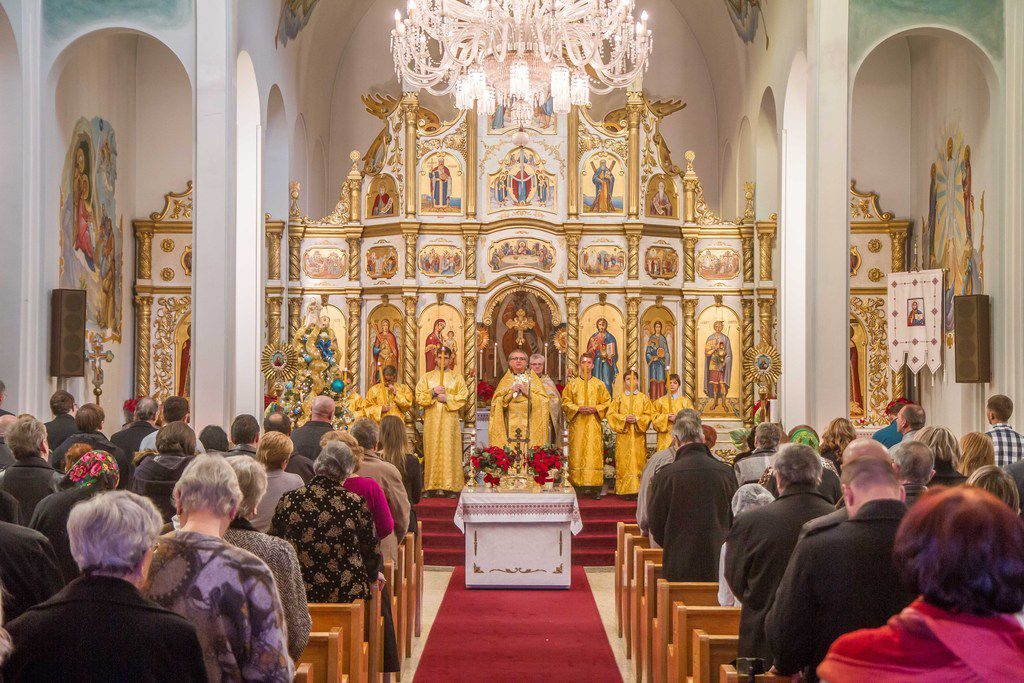 For a tragically long time, men have neglected, exploited and abused women using the excuse that it was Eve who caused the Fall, and therefore, the “daughters of Eve” “have it coming to them”. Such a line of reasoning is not only abominable but also runs contrary to some of the fundamental tenets of our Holy Orthodox Faith.

Secondly, we must keep in mind that Adam and Eve together represent the fullness of humanity. The Fall was not caused by Eve sinning, but by both Adam and Eve sinning. In fact, the fathers point out that it was not even Adam and Eve sinning that caused the Fall; rather, their common unwillingness to take responsibility for their actions – that is, their unwillingness to repent – is what closes the gates of paradise on them. Adam and Eve eat the fruit of the Tree of the Knowledge of Good and Evil, and God asks them, “What happened?” Here, He gave them an opportunity to repent and ask for forgiveness for their transgression; instead, Adam blames Eve, and Eve blames the serpent. It is by Adam and Eve both being unwilling to take responsibility for their choice to transgress God’s sole commandment in Paradise that we end up in the chaos of this world.

The third point to be made against the “Eve-was-bad-therefore-all-women-are-bad” philosophy is that Eve is not the end of the spiritual legacy of “womankind”. In Orthodoxy we teach that, as Christ is the “New Adam”, Mary, the Mother of God is the “New Eve”. In the same way that sin and death come into the world by the rebellion of both man and woman; sin and death are overcome in the world by the faithfulness of both man and woman. Thus, the hymns of the feast of the Annunciation speak of this holy day being the “beginning of our salvation”.[Tropar of the Feast] It is by Mary willingly accepting her Divine calling to be the mother of the Messiah that the People of God see the gates of Paradise opening for them again – this is also the very reason that the ikon of the Annunciation is on the Royal Doors of the ikonostas.

If women are daughters of the first Eve [the first person to rebel against God], then they are also daughters of the Second Eve [the person in all of human history who is the greatest example of dedication to God]. In the spirit of the second Eve, we honour many women Saints as role models of Christian service to the Lord – role models for all people, women and men alike.

Through the prayers of the most-holy Mother of God, of St. Mary Magdalene and the other myrrh-bearing women, of St. Photini, the Samaritan woman at the well, of St. Thecla the first woman martyr, of the holy women martyrs Barbara, Kyriaki, Euphemia, Paraskevia, Catherine, and all the women martyrs, of our venerable mothers Taisia, Pelagia, Theodosia, Anastasia, Eupraxia, Fevronia, Theodulia, Euphosinia, Mary of Egypt, and all the holy women monastics, of the Holy Empress Helena of Constantinople, the Holy Great Kniahynia Ol’ha of Kyivan Rus’, the Holy Princess Juliana of Olshanks, along with all the holy royal women, and of all our holy mothers in the faith, may our Lord Jesus Christ make us all dedicated servants to His Holy Will, loving and respecting all people, men and women alike, and may He have mercy on us and save us, for He is Good and the Friend of all Mankind. Amen.