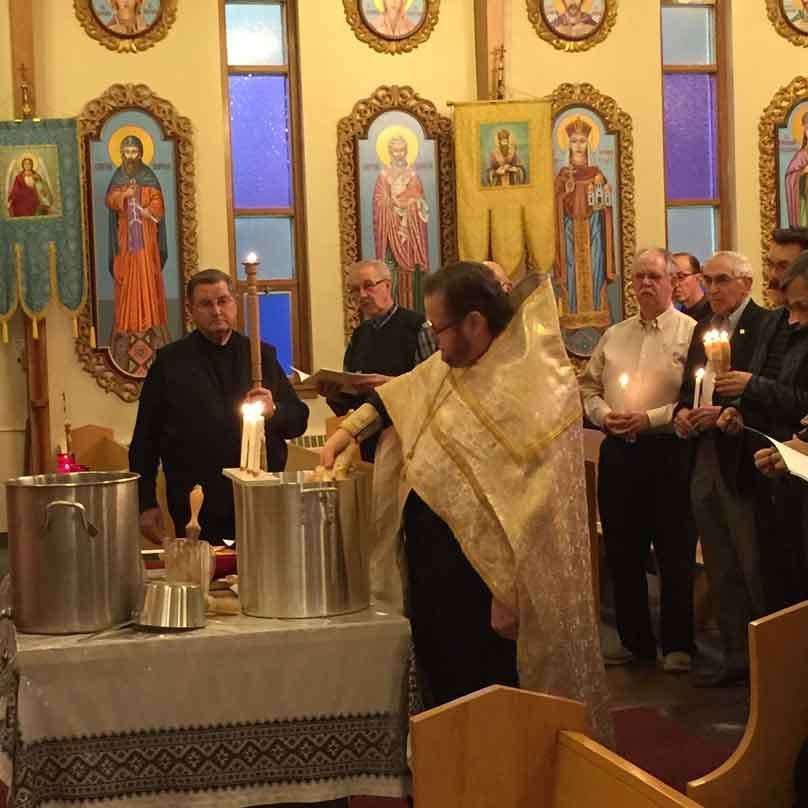 Canadian Senate Marks the Passing of His Beatitude Metropolitan Ilarion

This article was taken from the May/August 1972 English Supplement Issue of The Herald/Visnyk. The content has been scanned and converted to text; some words may be incorrectly translated. If you find any typographical errors, please contact us.

Tributes On the Orders of the Day:

Hon. Paul Yuzyk:
Honourable senators, I would like to inform the members of the Senate that on March 29, Metropolitan Ilarion, the spiritual leader of the Ukrainian Greek Orthodox Church of Canada, died in Winnipeg at the age of 90 and was buried yesterday, April 12. In the scholarly world he was known as Dr. Ivan Ohienko.

His Grace, Metropolitan Ilarion was born in Brusyliv, Ukraine in 1882. After completing his studies at the University of Kiev, he taught philology and was active in the field of education. Dr. Ivan Ohienko supported the cause of Ukrainian independence after the downfall of the Russian monarchy in 1917. During the existence of the Ukrainian National Republic (1917-1921) he was minister of education and religious affairs in the government, and the founder and rector of the University of Kamenetz-Podilsk.

After the Russian communist conquest of Ukraine, Dr. Ohienko went into exile in Poland where, at the University of Warsaw, he was professor and chairman of the Department of Old Church Slavic from 1926 to 1932. In 1940, during the Second World War, he was ordained bishop of the Orthodox Church, but was unable to exercise his duties very long because of the war conditions. In 1944 he sought refuge in Switzerland, and three years later in 1947 came to Canada where he settled down permanently in Winnipeg.

In 1951 a special synod (sobor) of the Ukrainian Greek Orthodox Church of Canada elected Metropolitan Ilarion as head and primate of the Church with the See in Winnipeg. Here he became Dean of the Faculty of Theology at St. Andrew’s College and honorary professor in the Department of Slavic Studies at the University of Manitoba, at which time I was a member of the staff until my appointment to the Senate in 1963.

Metropolitan Ilarion was an outstanding scholar and the author of over 1,000 titles of books, essays, sermons and articles. Recognized as the greatest authority on the Ukrainian language, he worked for many years on the translation of the Bible into modern Ukrainian, which was published by the British and Foreign Bible Society in 1962, the fulfilment of a cherished dream. Because his writings are so numerous, and so many of a high calibre, it would be unfair if I began to list only some of them. Suffice it to say, his contributions to scholarship are in many fields.

Having known the Metropolitan personally for over 20 years, I would like to pay him the highest of tributes. I can say with full conviction that he was a man of high principles, high morals, great integrity, high standards, and sincere friendship. His love of the Ukrainian culture and language he transmitted to the young generation through his publications, his speeches, his teachings, his discussions, and his example of devotion and hard work. He has left an indelible impact on the development of Ukrainian education and culture in Canada. This great scholar, teacher, and clergyman has influenced millions of people throughout the world, and he will live in the fond and grateful memories of his beloved people for many generations to come.

About 2,000 people paid their last respects to this great man at the solemn funeral which was held yesterday in The Holy Trinity Cathedral in Winnipeg. The majestic Byzantine-Rite Pontifical Liturgy was celebrated by five bishops, a large number of clergymen, a fine choir, and hundreds of responding faithful.

At the dinner in honour of the deceased, which was held following the funeral, condolences and tributes were expressed from Ukrainian churches, universities, organizations, and leaders of communities throughout the world. Telegrams of sympathy were also conveyed by Governor General Roland Michener, Lieutenant-Governor Stephen Worobetz of Saskatchewan, Prime Minister Pierre Elliott Trudeau, Premier Edward Schreyer of Manitoba, Premier Allan Blakeney of Saskatchewan, and other Canadian leaders: I had the honour of representing the Senate at this funeral.

I should like to repeat in part what I stated at the funeral dinner. I said that the Speaker and the members of the Senate sent their heartfelt sympathy to the surviving children and their families, Mr. George and Mr. Anatoly Ohienko of New York, and Mrs. Lesia Bida of Sherbrooke, Quebec, and to the bishops, the clergymen, and the faithful of the Ukrainian Greek Orthodox Church of Canada. It was a great privilege to have this distinguished man, Metropolitan Ilarion Ohienko, as a citizen of our country, which has greatly benefited from his scholarship and leadership. May his example inspire many people to greater and nobler heights in the fields of education, better human relations, and cultural and spiritual progress.

Acting Govt. Leader, Hon John J. Connolly:
Honourable senators, we are all most indebted to Senator Yuzyk for drawing our attention to the sad death of Metropolitan Ilarion Ohienko. It is obvious from what Senator Yuzyk has said that Canada has indeed lost a significant church and educational figure. He has been in Canada for a quarter of a century, yet he died full of years having had several careers in Europe. Obviously he was a scholar, a writer, an educator, and a statesman as well as a churchman.

I think it is also noteworthy that men of his eminence should come to Canada to minister to the peoples from whom they sprung, the people whom they know, whose culture they understand, whose religious traditions they enrich and embellish.

Our sympathy goes out in full measure to all his relatives as well as his colleagues in the Ukrainian Orthodox Church.